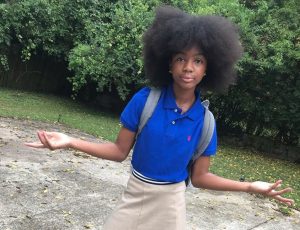 Promise Sawyers, a 10-year-old fifth grader at Head Middle Magnet in Nashville, Tennessee who was bullied for wearing her natural in an Afro goes viral after making an inspiring video promising to return to school “bigger and better” than before.

After students at her new school made fun of her Afro, she made a touching video which was later posted to Facebook by her mother – Qui Daugherty who learned that her daughter had secretly recorded it on her phone. 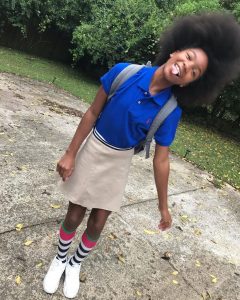 “I went to school and I wore my hair in an afro like this, and a lot of people had a lot of mean things to say about it.

“So that made me feel some type of way. So, yesterday when I came home I told my mom and she said ,“Don’t forget who you are and whose you are!

So today, I’m going back to school and I’m coming back bigger and better.

And don’t allow anyone to steal your joy, don’t give them that much power.

I am Promise Miamor Sawyers.” – Promise says in the video.

She told FOX 17 that she has worn her hair naturally her whole life. When starting fifth grade at a new school (Head Middle Magnet) in August, Promise first wore her hair in braids, but a few days in, she decided to wear it in an afro.

“I felt confident and pretty,” Sawyers told FOX 17 about her hair. “At my old school, people thought my hair was cool.”

Qui Daugherty, Promise’s mum told Yahoo Lifestyle that her daughter has been surrounded with positivity her whole life, and she always taught Promise to “meet a negative with a positive.” 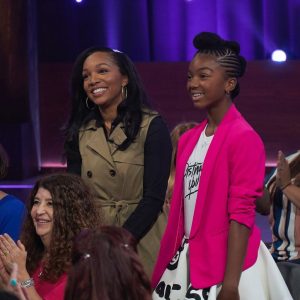 “I just tell her don’t focus on the numbers,” Daugherty told Yahoo Lifestyle. “We’re not focused on the numbers. Let’s find a way we can be impactful behind this and make an influence and inspire people. That’s all we want.”

Looking at all of the positive comments, Daughtery feels “blessed.”

“It’s impacted people in so many different ways. It’s made a huge impact behind the scenes that has blessed me personally.”

Promise Sawyer was also invited on Friday by Kelly Clarkson on The Kelly Clarkson Show along with Tracee Ellis Ross, who said that she was “empowered” by the middle schooler. 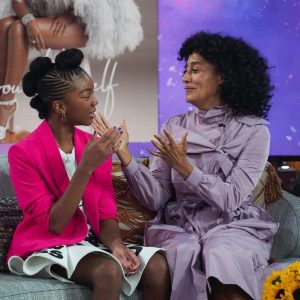 “I saw your video and I was so moved because your hair is an extension of your legacy, what you come from, your story and everything that you are and your beauty,” the Golden Globe winner said to Promise, who was in tears.

“And I am so glad that you know that at 10-years-old what it took me so long to learn about myself. And you are such an example.” 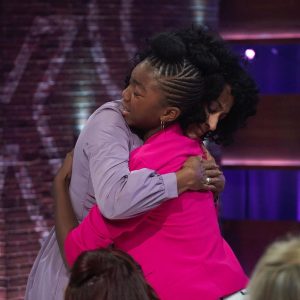 Why You Should Believe In Yourself No Matter What

5 Things Successful People Do Before 8 a.m.