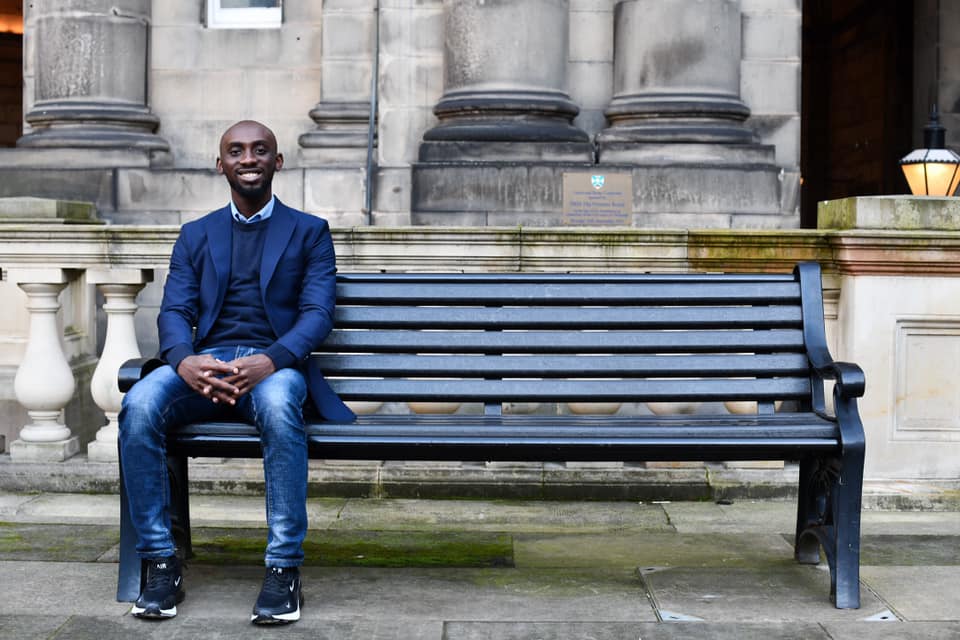 A young Nigerian man, Hammed Kayode Alabi, on Thursday, January 2021, took to his social media to celebrate his wins and achievement at the age of 26 despite his very humble background.

Thousands have been inspired by his story, and many people have congratulated him. According to Hammed, the social entrepreneur and young change maker advocating for a good cause in Nigeria, he hopes his story inspires someone not to give up.

Here is what he shared:

I was raised and born in Makoko.

We moved to Bariga at 12, another slum in Lagos.

My dad lost everything at 12, sold his property and couple of stuff.

I hawked sweet and spaghetti at 13.

At 15, I was awarded the best prefect in my secondary school.

At 15, I also worked as a labourer in construction sites.

At 15, I taught basic education in a nursery school.

At 15, we were sent packing from our rented apartment in Bariga. Nearly homeless for the first time.

At 17, I worked as an Airtel KYC agent, registering SIM.

At 17, I got admission into the University.

At 19, 20, won the university scholarship award.

At 20, appointed as the deputy commandant of the Nigerian Red Cross.

At 21, in my final year last semester had a 5.0 GPA, scored A in my project dissertation.

At 21, Graduated has the best student in my department.

At 23, Founded a non-profit to support children of my kind.

At 23, attended my First international conference.

At 24, selected as an SDGs Youth Champion with African Monitor and engaged Office of the Senate President.

At 24, selected as a Fellow, Carrington Youth Fellowship Initiative and winter $5000 grant with other 4 fellows.

At 24, awarded Talent of the Future Africa.

At 24, featured by UNFPA as a global goal champion.

At 24, spoke at an international summit.

At 25, completed, authored my first book and sold in more than 3 countries.

At 25, became a Fellow-in-Residence and Regional Manager of a global non-profit in the United States (Peace First).

At 25, facilitated in another continent outside Africa.

At 26, studying at The University of Edinburgh (top 20 in the world, best in Scotland, and top 5 in the UK).

I have done many other things that I cannot remember but I am proud of the journey. One thing that I have learned is living in the present and dedicating one’s life to impacting someone at the right and left side of you. My friend would say, “I have never seen someone who served humanity in vain” Nature has a way of rewarding good work. When life throw lemons at you make lemonade! Cheers to my 27th on the 27th!

6 Ways to Prevent Your Business from Natural Disasters

Mistakes You Don’t Want To Make In Your 20s