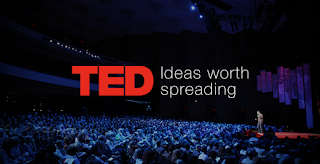 TED is a nonpartisan nonprofit devoted to spreading ideas, usually in the form of short, powerful talks. TED began in 1984 as a conference where Technology, Entertainment and Design converged, and today covers almost all topics, from science to art to business to global issues, in more than 110 languages.

TED Talks as it is now popularly called, is a daily video podcast of the best talks and performances from the TED Conference, where the world’s leading thinkers and doers give the talk of their lives in 18 minutes (or less). It started as an independent event operating under license from the nonprofit TED conference.

TED’s education initiative aims to amplify the voices and ideas of teachers and students around the world. TED-Ed’s is committed to creating lessons worth sharing, it is an extension of TED’s mission of spreading great ideas. While TEDx is an international community that organizes TED-style events anywhere and everywhere celebrating locally driven ideas and elevating them to a global stage.

TEDx events are produced independently of TED conferences, each event curates speakers on their own, but based on TED’s format and rules. Truth is, we all need someone to motivate or inspire us at some certain points of our lives.

So, here are some of the best TED Talks to listen to, I hope you find them inspiring.

1. The Secret of Becoming Mentally Strong by Amy Morin

2. The Power of  Introverts by Susan Cain

3. My Philosophy For A Happy Life by Sam Berns

4. We Should all be feminists by Chimamanda Ngozie Adichie

6. The Storyteller in all of us by Zach King

7. How do you define yourself by Vizzie Velasquez

8. The movie of your life by Devon Franklin

9. Life is easy. Why do we make it so hard by Jon Jandai

10. Forget what you Know by Jacob Barnett

11. Looks aren’t everything. Believe me I’m a Model. by Cameron Russell

What’s your favorite TED and TEDx Talk? Share with us below.

25 Bible Verses Every Believer Should Know

How To Become A Confident Young Lady – 12 Amazing Tips!

How to Read Books When You Don’t Feel Like Reading