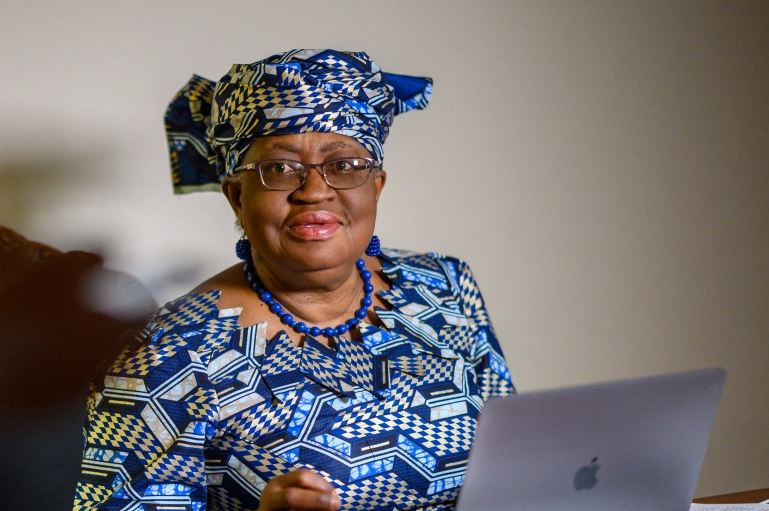 Ngozi Okonjo-Iweala was appointed on February 15, 2021, as the new Director-General of the World Trade Organization which makes her the first woman and first African to lead the multilateral body starting on March 1, 2021, to August 31, 2025.

She was appointed by representatives of the 164 member countries to head the international trade which seeks to resolve disagreements over how it decides cases involving billions in sales and thousands of jobs.

The WTO’s new leader who is presently 66-year-old is a Nigerian-born (Delta State) and a Harvard University graduate with an AB in Economics (1973-1976). In 1981, she earned her Ph.D. in regional economics and development from the Massachusetts Institute of Technology. She also received an international fellowship from the American Association of University Women (AAUW) that supported her doctoral studies.

Dr. Ngozi Okonjo-Iweala is a Nigerian-American economist and International Development Expert. She sits on the boards of Standard Chartered PLC and Twitter Inc, and board chair, the Global Alliance for Vaccines and Immunization (GAVI).

She is on the Chair of the Board of the Nelson Mandela Institution. Ngozi Okonjo-Iweala is a trustee of the Carnegie Endowment for international peace. She is also a board member of LUMOS, an Africa-focused renewable energy company, and a board member of the Ellen Johnson Sirleaf Foundation (EJSF).

Ngozi Okonjo-Iweala spent 25 years of her career at the World Bank as a Development Economist, rising to the No. 2 positions of a Managing Director. She is currently the Chairperson of the Board of the African Union’s African Risk Capacity (ARC).

She was the first woman to serve under President Olusegun Obasanjo and President Goodluck Jonathan as Finance Minister in Nigeria for two terms (2003-2006, 2011-2015). She was also the Minister of Foreign Affairs making her the first female to hold both positions.

Ngozi Okonjo-Iweala is the founder of Nigeria’s first-ever indigenous opinion-research organization, NOI polls. In 2005, Euromoney named her Global Finance Minister of the year. In 2019, she got elected into the American Arts Academy of Arts and Sciences.

In a recent statement made by her, she said her first priority as the new DG of the World Trade Organisation would be to address the economic and health consequences of the COVID-19 pandemic and to “implement the policy responses we need to get the global economy going again.

Our organization faces a great many challenges, but working together we can collectively make the WTO stronger, more agile, and better adapted to the realities again. – Ngozi Okonjo-Iweala

To many, she is proof that women can do it all and to so many others, she is another inspiration that we can all shatter glass ceilings and achieve anything we ever dream of becoming in life.

“The world is ready, women can do it.” – Ngozi Okonjo-Iweala

Ngozi Okonjo-Iweal is happily married to Ikemba Iweala, a neurosurgeon from Abia State and they have four children. Here is a tweet from her to confirm her recent appointment:

How to Start a Vegan Food Business

Winniefred Leche: How I Donated 50 Desks for School Students Sitting on the Floor